Art during the Renaissance Period 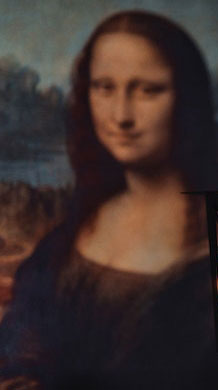 If there is one aspect in life that some people could not possibly understand in just one glance, it would have to be art. Art has different meanings and one of these is the fact that it is an example of a human activity that expresses emotions, feelings, and results made possible by the maker’s skillful hands and mind. It can be in the world of fashion, entertainment, or even in industrial aspect. Research showed that one of the most incredible artistic periods in history is the art during the Renaissance Period.

Michaelangelo, Leonardo da Vinci, Donatello, Lorenzo Ghiberte – what do these names remind you of? Indeed, they remind us of paintings, sculptures, and other works of art that are marvelous enough to wow everyone who sets their eyes on their masterpieces. Basically, the Renaissance period is an era in the European history in 1400 when traditions, cultures, and beliefs were mainly projected in every art work. It is even dubbed to be the period of the rebirth of ancient traditions; hence, Renaissance art is more of faith, human form, and romance. During the Renaissance period, works of art were made possible by sophisticated techniques like oil canvasses on oak panel, paintings on stained glass and shields, and many others. Also, the paintings in this era were more of Christ’s story from the conception of his mother to his death at the cross up to the day that he was moved down from the cross. The art emphasized in this period is a combination of realism as a lot of its characters and look real and alive.

Take for example Titian’s Sacred and Profane Love or Michaelangelo’s The Creation of Adam. Michaelangelo’s painting, which started in the High Renaissance period in the years 1475-1525, depicts faith and the painting look surreal with the artists giving sophistication and attention to every minute detail. Because of the artists’ emphasis on the human body, the art during the Renaissance period was also deemed to be giving more focus to the human body or the human anatomy. Michaelangelo was considered to be one of the best painters during this period. Because of this, he was commissioned by Pope Julius II to paint the Sistine chapel ceiling and was hired as the artist for St. Peter’s Basilica in which he made the masterpiece called the Pieta.

If we take a look at the type of art that we have today, we can clearly see the difference that it offers in terms of its creation and style. Modern art introduces freshness, creativity, and excitement whereas art during the Renaissance period introduced grace, attention to detail, and realism.